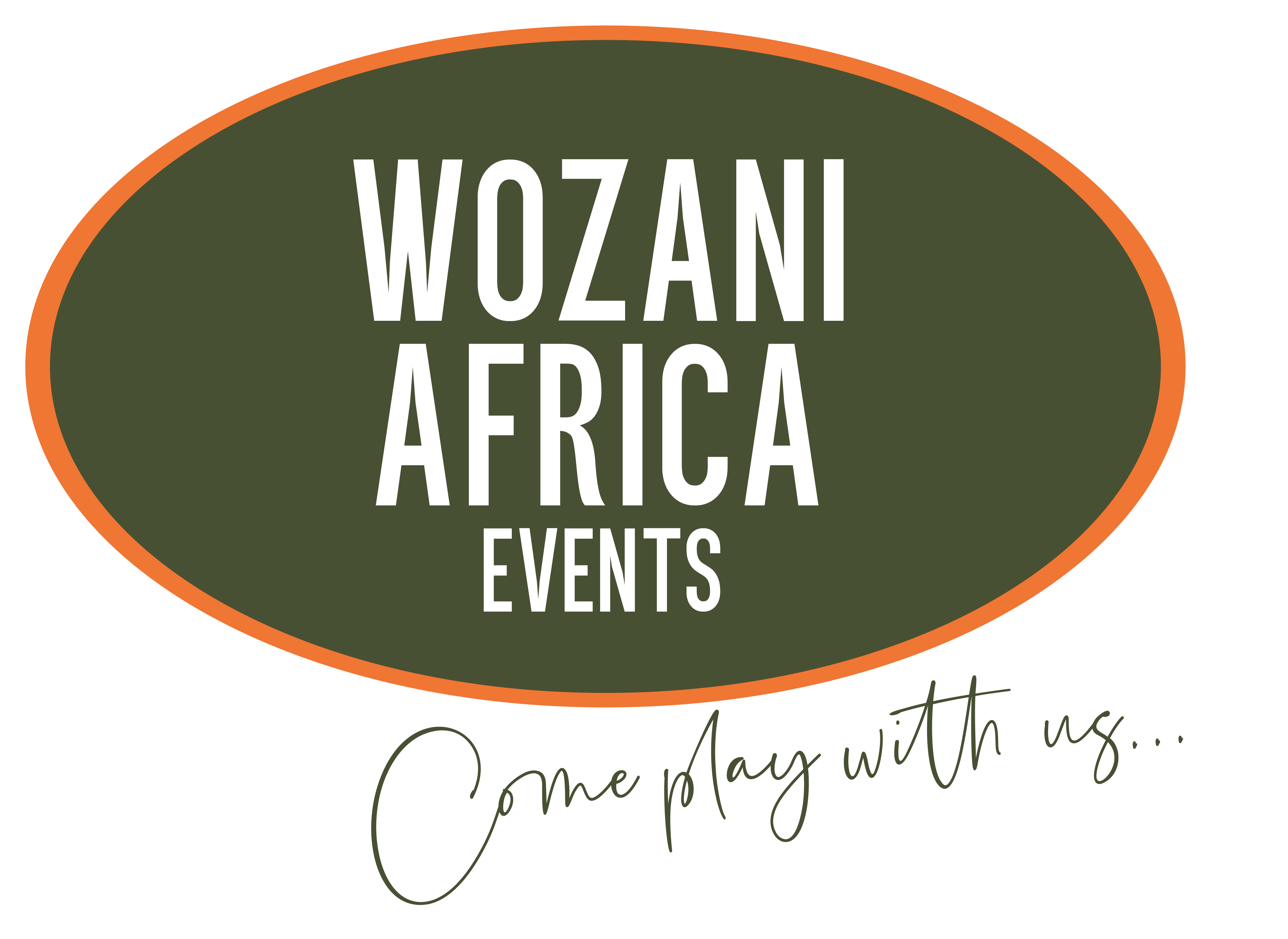 THERE WILL BE NOISE AT AFRICA BIKE WEEKTM 2015, BROUGHT TO YOU BY HARLEY-DAVIDSON®

The largest open motorcycle event in South Africa, Africa Bike WeekTM 2015, brought to you by Harley-Davidson®, will be taking place for the seventh consecutive year in the coastal town of Margate, KwaZulu-Natal, from 23 to 26 April (Thursday to Sunday).

The event is open to all Harley-Davidson® and other motorcycle riders and, enthusiasts, and offers an array of exciting activities for the whole family. The annual event attracts thousands of visitors with a passion for freedom and motorcycles.

Entertainment will keep visitors rocking well into the night with some of South Africa’s most popular bands taking to the stage during the weekend. Access to the entertainment area in front of the Main Stage will be limited on a first-come-first serve basis.

Other Africa Bike Week highlights will include everything from Trail Bike Shows, a ‘Mass Ride’, Harley-Davidson® dealers, Harley® exhibitions, the latest Harley- Davidson® models, dealer custom bikes, demos, local traders, Aftermarket Village as well as a variety of family entertainment, to a Ride-In Bike Show, which allows anyone to enter their cool customised bikes in the competition in several categories.

The ‘Mass Ride’ – with the sound and marvel of thousands of bikes riding through the streets of Margate departs at 10h00 from the Shelley Centre roof on Sunday, 26 April.

A rally pack celebrating the 2015 event with a special T-shirt, pin and patch will also be available for H.O.G.® members, which will only be available through pre-

We respectfully ask for your understanding for Road Closures & Traffic Flow Changes during the annual Africa Bike Week event in Margate which takes place from 10h00 on the 23rd of April until 16h00 on the 26th of April 2015.

Tuesday the 22nd of April, Panorama Parade will be closed to all vehicles except event permit holders and registered motorcycles.

From 08h00 on 23rd April until 17h00 on 26th April Panorama Parade (“the event venue”) will be accessible to registered motorcycles only.

Event Permit Holders access available between 23h00 and 08h00 only.

NOTE: unauthorised vehicles left unattended within the site venue outside these hours will be towed at the owner’s risk and cost.

Panorama Parade will adopt a One Way Only System (North to South) from Monday 20th of April 2015. Panorama Parade can be exited via Post Office Lane. Please note that Remington will be closed off for vehicles wanting to turn left onto Harley-Davidson Drive (Panorama Parade). Those vehicles will be diverted via Finnis Road.

A permit system will be in place for the event venue for the following three groups:

NOTE: unauthorised vehicles left unattended within the site venue outside these hours will be towed at the owner’s risk and cost.

Order and Collection is as follows:

To order your permits please contact Tammy at admin@africabikeweek.co.za.

Permit to be collected from the ABW Event Team located at the Sasol Garage on Marine Drive, Margate on the 21st and 22nd of April from 8h00 to 17h00. Please have Driver’s License and Registration Number ready when you collect your permit. No Permits will be issued unless you have pre-ordered them as per the process above.

Permit to be obtained prior to the event via Margate Business Association. Please contact Corrie on 039 3172202. No Permits will be held at the Harley-Davidson Hotel (Margate Hotel, Marine Drive, Margate) for these vehicles. Proof of residency will be required.

Permit to be obtained from Letting Agent via Collection Key Box at the Sasol Garage at the beginning of Marine Drive into Margate.

No Permits will be held at the Harley Hotel (Margate Hotel, Marine Drive, Margate) for these vehicles.

In addition to the above please take note of the following activities during the event that will impact on traffic flow and require temporary road closures:

THE MASS RIDE WILL DEPART FROM THE SHELLY CENTRE AT 10H00. POINTS WILL NEED TO BE ACTIONED AND ROAD CLOSURES IMPLEMENTED FROM 10H00 UNTIL COMPLETION OF THE MASS RIDE.

THE LINE UP OF THE PARADE AND ESCORT WILL BE PUBLISHED ON THE WEB SITE AT WWW.AFRICABIKEWEEK.CO.ZA OR AT THE EVENT INFORNMATION KIOSK NEXT TO LARRY’S.

THE TRAFFIC DEPARTMENT WILL BE PATROLING DURING THIS EVENT AND CHECKING FOR ANY TRAFFIC PROBLEMS. THIS EVENT WILL TAKE PLACE IN THE DEMARCATED AREA IN FRONT OF MARGATE HOTEL THAT HAS BEEN CLOSED OFF.

Restricted Motorcycle access Panorama Parade (only motorcycles that have registered will have access to the event site): Thursday 23 April – 26 April.

All bikes will have access to Panorama Parade after the mass ride.

The tens of thousands of tourists who spent the Easter weekend enjoying the warm and sunny weather at Margate’s Main Beach and Ballito’s Willards Beach would no doubt have taken full advantage of the action-packed Vodacom Easter Fever beach festival which rocked both venues all weekend (22 – 25 April). According to local tourism authorities from both areas, the popular festival is a massive draw card, attracting many tourists to the two picturesque KwaZulu Natal North and South Coast towns.

Mr. Zungu, KwaDukuza Municipality Municipal Manager, said that “the Vodacom Easter Fever plays a pivotal role in ensuring that we get visitors who come to enjoy their Easter holiday in Ballito. It provides quality beach recreational entertainment for all ages, and offers visitors to the area a unique beach holiday experience”. Vicky Wentzel, Managing Director of Margate-based Wozani Africa Events, said that “we value the contribution of the Vodacom Easter Fever in Margate’s Easter Weekend program, as the marketing exposure and positive publicity that Margate receives from the event is of great value”.

The influx of people, over 50 000 to Ballito and Margate, obviously has a positive impact upon the local economy, with local municipalities doing all they can to sustain the flow of tourists into the town. Zungu said that “we go to great lengths in ensuring that our visitors are well taken care of, and so we hope that people will return to our beautiful, golden beaches to enjoy our warm hospitality and climate”. Vicky Wentzel said that “we have over 80 000 beds registered in the Margate area, and run at full occupancy every Easter. Visitors have come to expect a full seasonal program at Margate Beach, as this has become part of their holiday experience”.

Event organizer Rowan Clelland said that “we are really pleased that the weekend has gone as smoothly as it has. Both Margate and Ballito have been rocking thanks to the Vodacom Easter Fever beach festivals, and it is great to see that all of our hard work paid off! Holiday accommodation occupation in both Ballito and Margate was at 100%, and when combined with the four days of incredible weather that we enjoyed led to large numbers of people attending our two events.”

Vodacom KZN’s Managing Executive Alberts Breed said the “KwaZulu Natal had been a great place to be this Easter, and Vodacom is proud to have been able to make a contribution to the Vodacom Easter Fever beach festivals that took place in Margate and Ballito.”